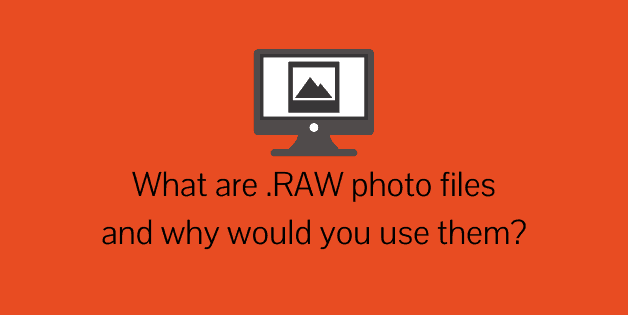 Years ago, if you wanted to have a picture taken at a random moment in your day, you had to depend on one of two things. 1) Someone hanging out with you was a professional or amateur photographer who bothered to keep their camera, film, and other equipment around them at all times and was willing to drop everything and take pictures to immortalize the moment you were in, or 2) You were that person. Failing these options, you might hope someone had a cheap disposable camera on hand, but taking pictures of treasured memories with these was equivalent to playing the lottery. Maybe your pictures would be captured with quality, maybe not, you wouldn’t know until they came back from the photo lab, usually a few days later.

Of course today is completely different. Most people have at least one camera, in the form of their phone on them at all times. But for many people, that camera on your phone is more powerful than you might be used to, and there’s all kinds of options and settings that you aren’t sure how to use. In addition to all of the obvious options, things as straightforward as the brightness and contrast, to more advanced options like reading the histogram or setting the exposure, there’s another option that you likely don’t even realize is there, let alone what it means. For the cameras built into most phones these days, there’s an option to save your photo file as a .RAW file instead of the common options like a PNG file. But what does that mean and why would you do it?

What is a RAW file?

A RAW file simply is, as the name suggests, a file that contains the “raw” information captured by your camera’s sensor with the picture. To understand what this means, you first have to understand that other file types that are more commonly used, such as the jpeg file, are automatically corrected by the software on your camera when the picture is taken. Some colors are enhanced, and the light is at least partially balanced out on the photo. The work of capturing and recording a photo is incredibly complicated, and to make that process more manageable, the software on your camera is set up to take care of at least some of that processing for you without the need for your input. A RAW file in contrast has gone through none of that processing whatsoever. It simply records all of the possible information the camera’s sensor has captured. Because of this, RAW file images often look dull when compared to a jpeg file, because no filters or enhancements have been added. RAW files also take up significantly more space because they haven’t been compressed the way that a jpeg file is, there’s simply more information stored in the file. And it’s in all of that extra information that the benefits of the RAW file type begin to show.

What are the benefits of shooting with a RAW file?

Because a RAW file image has experienced no compression, and contains all the possible information captured by the camera’s sensor, it provides you with a much larger set of options to work with when it comes to editing and processing your image after the fact. It’s much easier to correct issues like portions of the image that have been washed out by too much light, or to zoom in on a particular portion of the image, expanding it to a greater field. Where a jpeg image would quickly begin to pixellate if you try to zoom in after the fact on a processed image, a RAW file will allow you far more flexibility since it has captured more of the necessary digital information. As a metaphor, imagine you decided you wanted to record an orchestra playing a concert. The standard jpeg file would be like you have four or five microphones set up throughout the orchestra sections, primarily picking up a few of the players with the rest in the background. These microphones are then balanced out based on a program that knows the trumpets and violins are supposed to be louder than the basses or the piccolos, so the recording you get sounds “right” but doesn’t necessarily match what you would have heard if you were sitting in the audience. A RAW file, on the other hand, would be like you had an individual microphone set up in front of every single player in the entire orchestra, as well as another microphone pointed at the conductor, and a few more dispersed out among the audience members. All of this is then recorded at exactly the same volume. This recording, when you first play it back, may not sound very good. You’ll hear people coughing in the audience at the same volume as the first chair violinist playing their solo. However, because you have all of the sound recorded, you can then sit down with a mixer and editing software and create a recording that would feel more authentic, matching far closer what it would be like to be sitting in the audience at the time the orchestra played live. A RAW file gets you all of the information, and gives you the freedom to do more with your images after the fact.

When it comes to photography, there are so many options and so much to learn. That’s why when you want pictures taken of your business or your real estate listing, it helps to have a professional take care of the job instead. That’s why our teams at Prism VR are some of the most respected in the business. We’re passionate about photography and we are excited about making you and your business look as good as possible. If you’d like to set up a session with us, contact us today to get things started!

Keys to a Successful Virtual Tour

How Can Prism Help Your Business Search Engine Optimization

A Virtual Tour Can Help You Recruit New Employees